I’ve taken far too many risks by carrying a less than adequate medical kit in the past. After hearing a guide friend discuss a recent incident with a client falling and sustaining a head injury on a fishing trip, I decided to change things up (luckily, he was prepared). 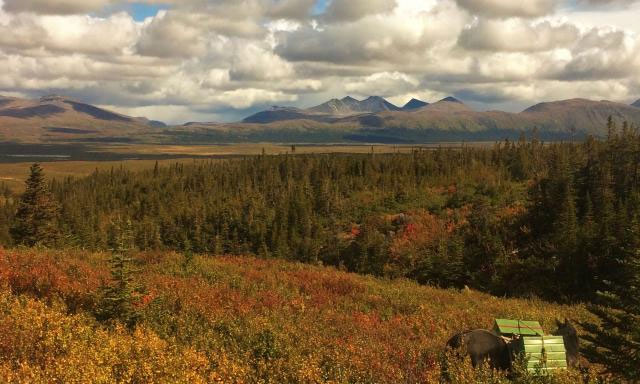 In the past, I carried a full medical kit while guiding but rarely brought it along on solo trips. The duct tape and super glue in my equipment repair kit doubled as a medical kit. The major limiting factor here is weight. Rather than strategically creating a solo, lightweight kit, I simply skipped it all together.

I recently spent some time creating an emergency preparedness gameplan and medical safety kit for hunting trips. It’s better late than never and is an obvious pre-trip necessity that too many of us overlook and underappreciated.

I used to carry a SPOT emergency satellite system on remote guide trips. I let that subscription lapse but am renewing it now. I never had to call for medical help but did use the call a tow truck feature several times. You can call the truck without cell service and it really saved my butt while being stranded in a ditch on the Olympic Peninsula in February. I also used it to mark interesting waypoints while backpacking on several occasions. It helped with map study and planning for future backcountry hunts.

Another option is a Personal Locator Beacon. They don’t have the message sending ability like a satellite system but they put out a distress signal when in clear view of the sky. They are also very small and easy to carry along. The typical battery will last for a full 24 hours of straight use.

Some of the emergency systems are packaged with rescue insurance plans. These are worth their weight in gold if you require a helicopter flight. Additionally, a policy with a company like Global Rescue can go a long ways towards covering emergency services and costs for domestic, foreign and backcountry travel.

I’m keeping my kit pretty simple as I don’t have any medical conditions. It’s primarily centered around patching cuts and cleaning wounds in an emergency.

Tape and Glue – I didn’t throw out the duct tape or super glue. I used super glue in place of stitches for years as a wrestler and it works wonders. Athletic tape is great but duct tape can wrap a wound or fix gear so I keep a small roll for multipurpose use.

Gauze and Bandages – A few small squares of gauze and several adhesive bandage squares. I use the large squares and will cut them into strips if needed. Primarily used for blisters. You could stuff the gauze in a deep wound to stop bleeding if needed.

Disinfectant – A small amount of antiseptic in case of a serious wound and a small tube of triple antibiotic ointment. Rinse wounds with water first then clean everything before patching yourself up.

QuickClot – In a worst case scenario, rapid blood loss can crush your odds of surviving. Hunters and anglers are handling knives and firearms in remote places where accidents can happen. A blood clotting agent will stop the rapid blood loss and can save your life. It’s also easy to find over the counter.

Pills – I don’t keep any pills around but many folks take along aspirin for swelling and potential heart problems. Personally, I’ve don’t take pain meds and don’t bother carrying them in my pack.

Zach Lazzari is a fly fishing guide and freelance writer. When he’s not fishing, Zach is chasing big game, upland birds and waterfowl in the Rocky Mountains and Northwest.