Calling and Locating Moose During the Rut

At Kawdy Outfitters, moose hunts begin in late August and big bulls are harvested before, during and after the rut. Many hunters even prefer targeting moose outside of the rut because they are more predictable and tend to stay in the same areas. However, hunting through the rut is truly exciting and the action can really heat up when calling tactics are implemented. 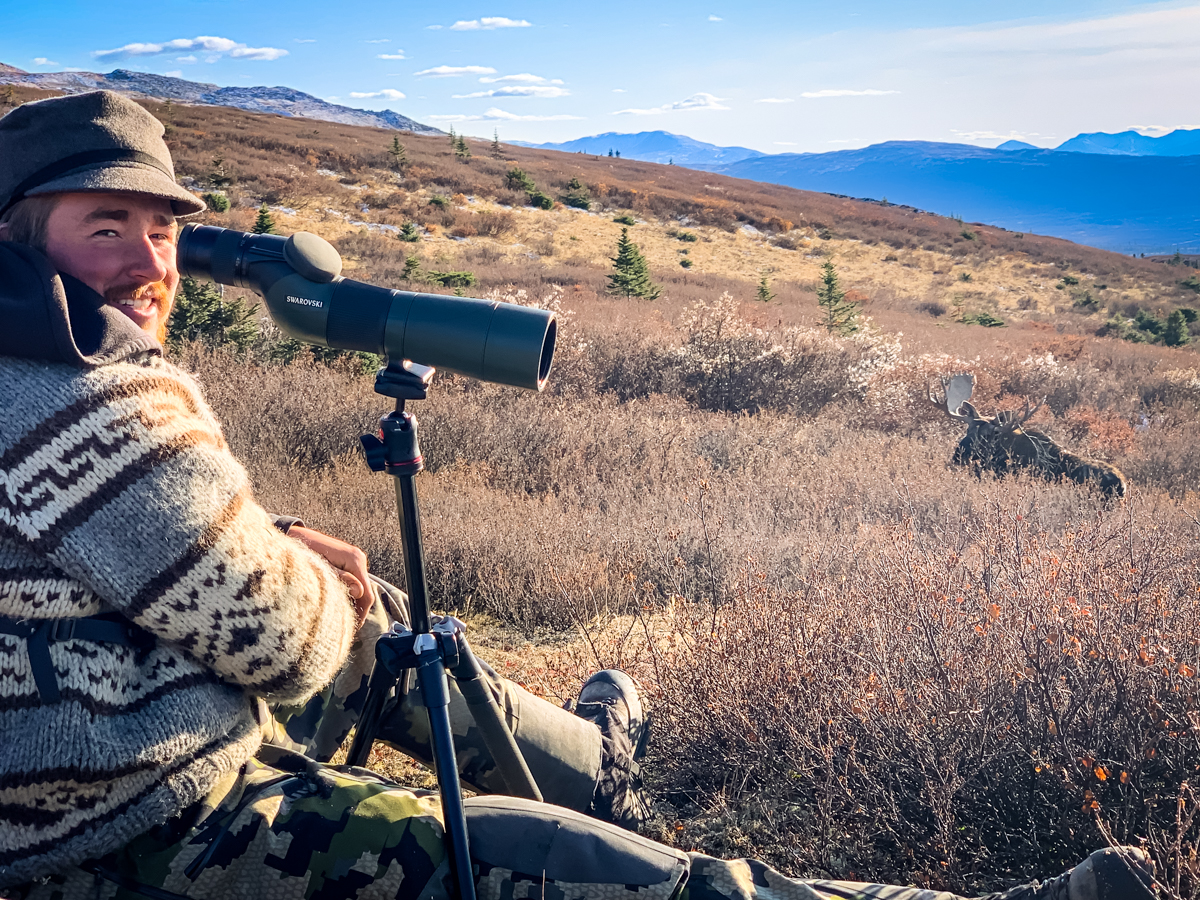 When is the Rut?

The rut does not have an exact start and end date but mid-September is typically the beginning. Moose will respond to calls a week or more ahead of the rut however as they anticipate the opportunity to breed. The rut continues through September and rutting behavior will endure into the first week of October, which is the final week of the season. This means a good chunk of the hunting season overlaps with the rut and calling tactics are important on nearly every hunt. Pretty much any hunt schedule in September or October will have some influence from the rut. 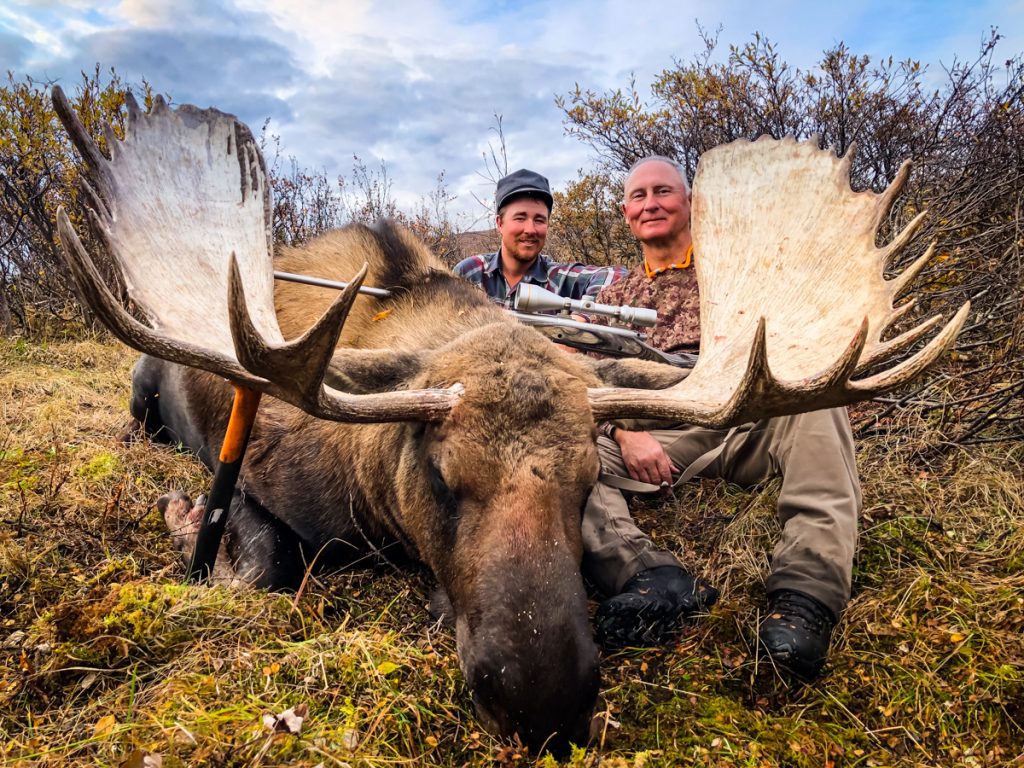 Moose travel long distances during the rut and unlike other ungulates that gather in big herds, they tend to only meet in small groupings. The distances traveled make them unpredictable in terms of locations but the numbers are strong in Kawdy’s hunting area. Calling can bring moose in from miles. A bull or multiple bulls might spend hours traveling towards calls in an effort to find cows. There are days that only require a few minutes of calling to produce a bull and others that require hours of patience. Due to the open nature of the terrain here, glassing is also an effective tactic when bulls are on the move. 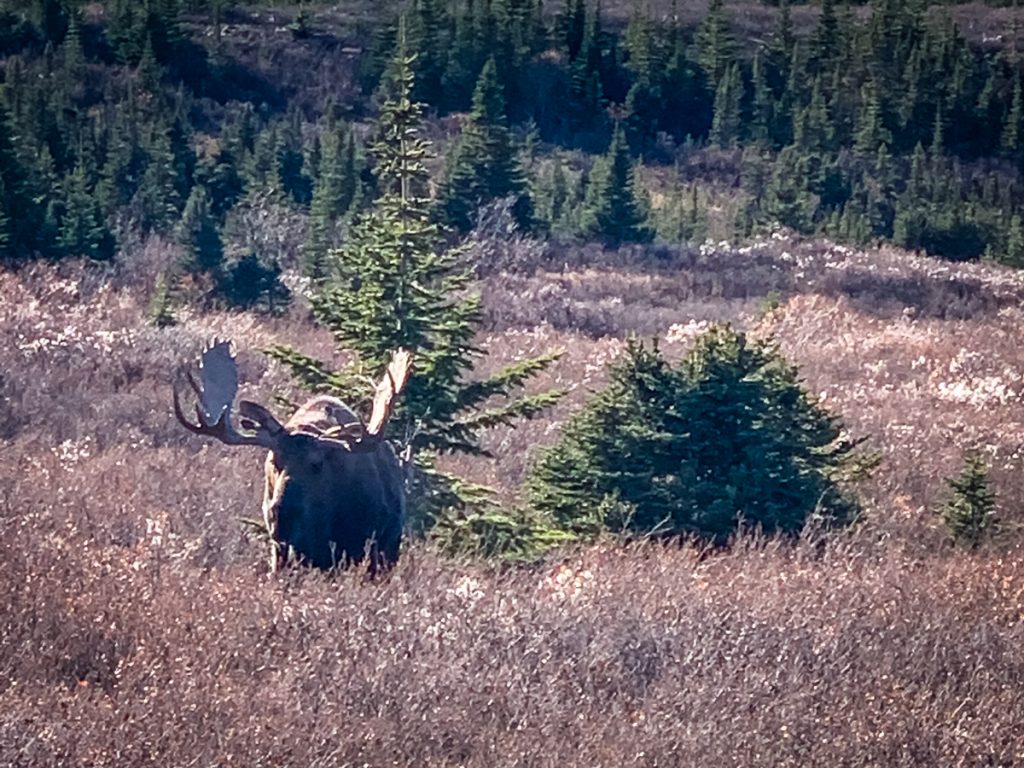 Positioning might be more important than the actual calls. The biggest advantage for hunters during the rut is the ability to glass bulls as they move between cows. Outside of the rut, they will stick to heavy timber, bogs and areas with less visibility. Setting up where hunters can see a large area while calling is key. The focus is often on a single big drainage where calls are utilized until a bull responds or moves into a visible position. If the drainage appears empty, moving to the next drainage is done efficiently with horses.

Every guide has their own style for calling, but a mix of cow and bull calls are often used. Cow calling can last for several minutes at a time with 10-30 minute pauses and bull calls are typically less than a minute in duration with the same pause times.

Cow calling is effective for drawing moose closer but the bull calls are often used to close the final distance. The presence of another bull creates a sense of urgency and competition over the previous cow calls. In addition to the actual calling, break brush and making noise will mimic a real bull. They are big, noisy animals and an absence of that noise can be suspicious.

Ultimately, calling requires patience, a great view for glassing and the ability to make the shot count when a big bull finally comes running into range. The intensity and rewarding nature of that moment is hard to beat.

To learn more about our guided moose hunts in northern British Columbia, please take a few minutes to read the information on our moose hunting page. If you have questions about availability or other specifics, please feel free to contact us! 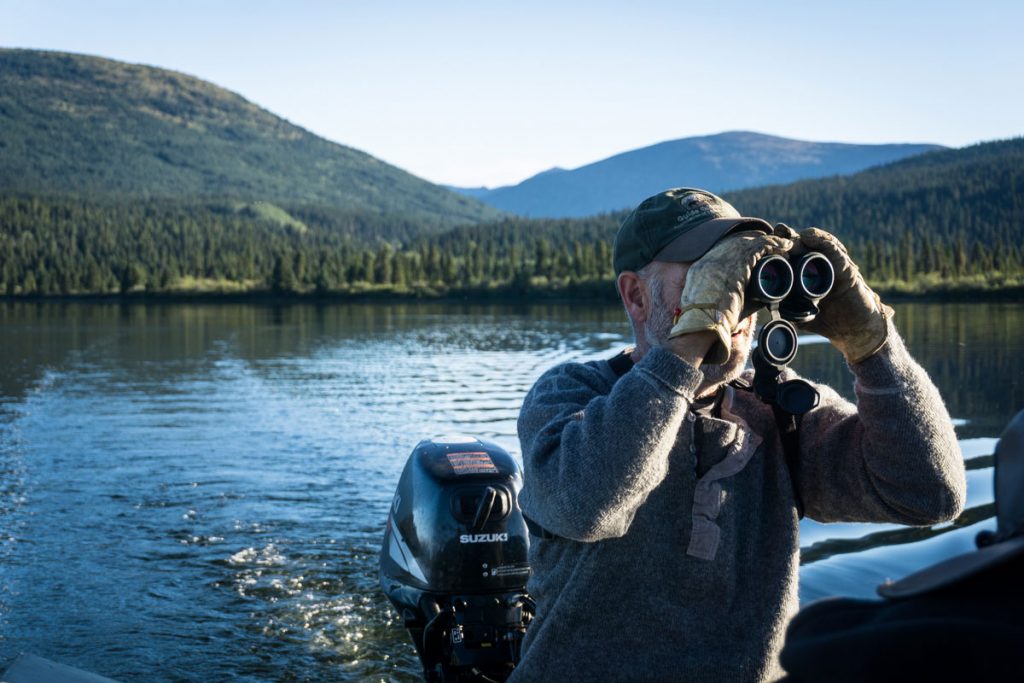 Zach is an outdoor writer, a hunting and fly fishing guide, and very proud to be a part of the Kawdy Outfitters team. You can follow Zach’s adventures at bustedoarlock.com.