Not only is the trophy quality impressive in northern BC, but the moose population is fantastic. Unlike the Yukon, where moose densities are relatively low, we enjoy high population densities making for an action-packed hunt. In terms of both trophy quality and moose quantity, it’s certainly some of the best moose hunting on earth.

Our moose generally have tall, wide palms. They vary in width from 50″ to 65″ or more. It is important to remember that the width of the moose is actually one of the last things to consider when determining trophy quality, even though the spread is how hunters often classify moose. This is a BIG misconception.

Our BC moose hunts begins with a charter flight to one of our three unforgettable base camps. Here, our moose hunters enjoy warm cabins, a full kitchen that serves up home-cooked meals, a hot shower and attentive staff.

After a hot breakfast, you can expect to leave camp on horseback at daylight with your guide and often a wrangler. Hunting begins as soon as you ride out of camp. Moose hunters can expect to spend a few hours in the saddle each day, but it varies depending on where where a bull is spotted and your guide’s game plan for the day.

We highly recommend combining moose with mountain caribou as you will often see trophy caribou on your moose hunt. If you are successful in the first few days hunting moose (which is quite likely) it’s an excellent opportunity to hunt a second species.

For hunters who prefer not to ride horses or simply want the experience, we also offer moose hunts from lakes where we use boats. For specific availability and details on these hunts, please give us a call or send us a message! 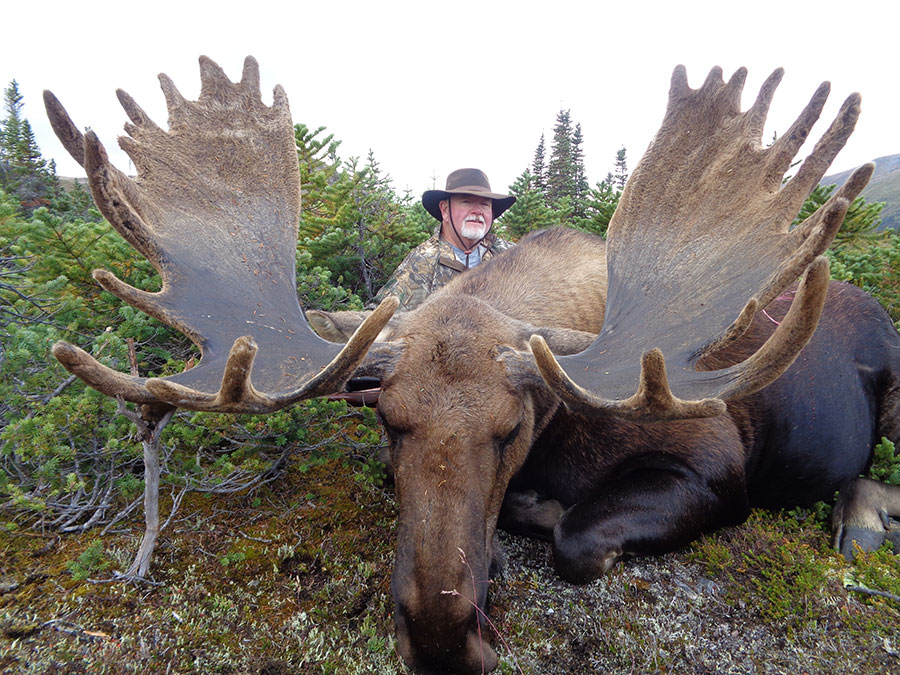 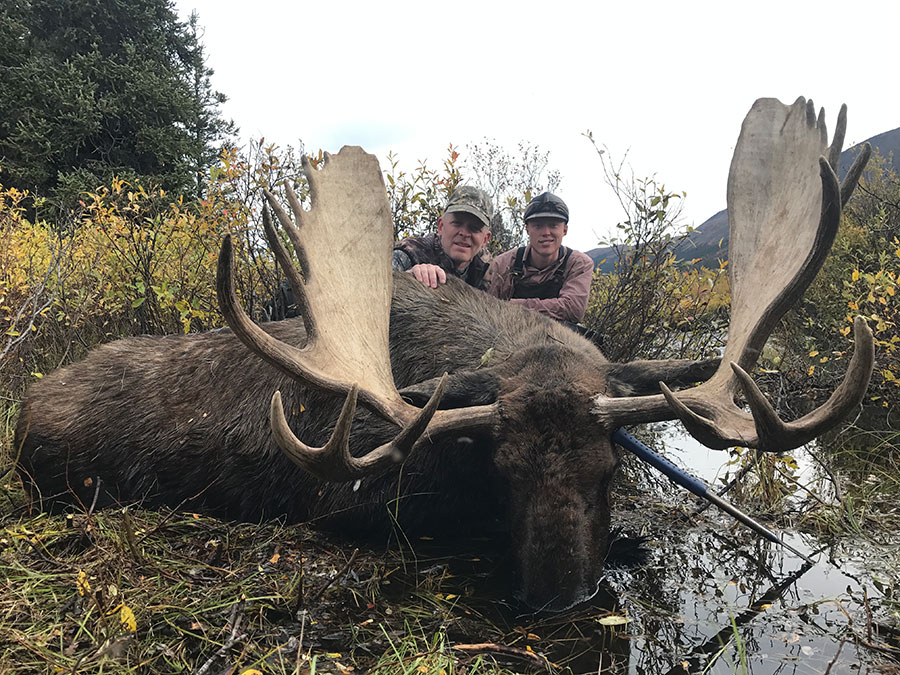 Click on the photos below to view a larger version. 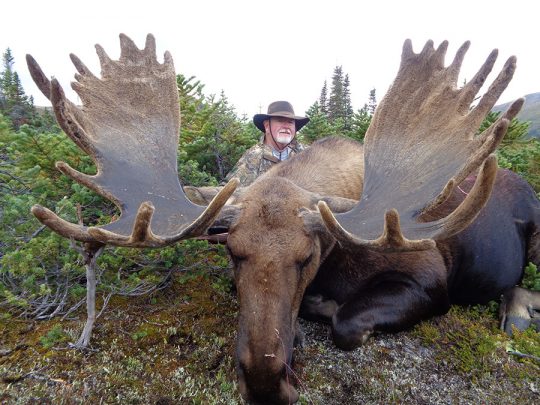 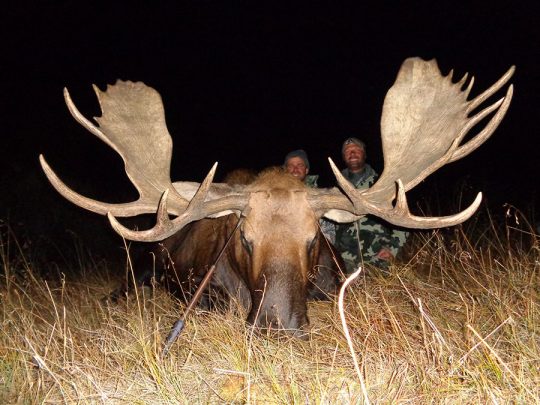 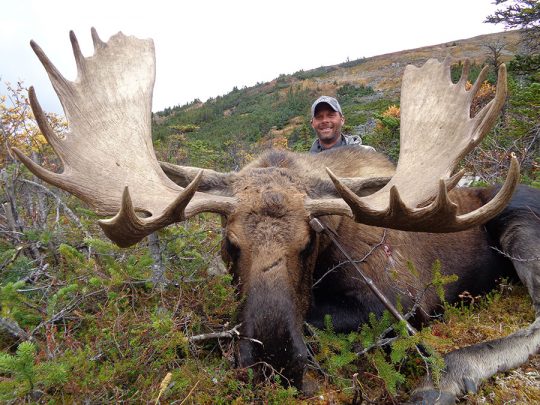 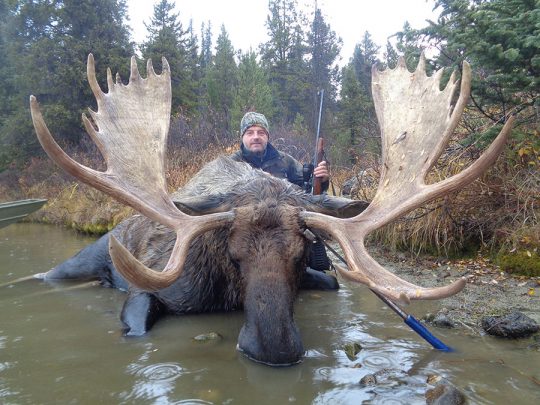 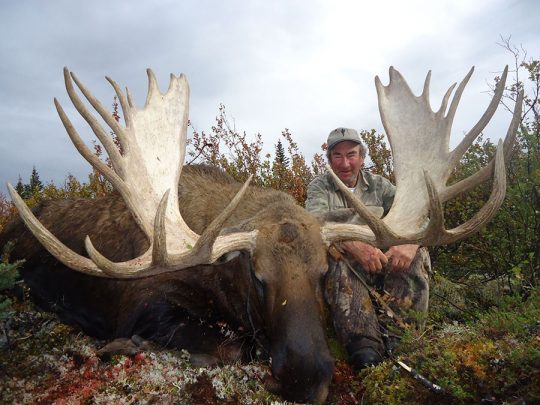 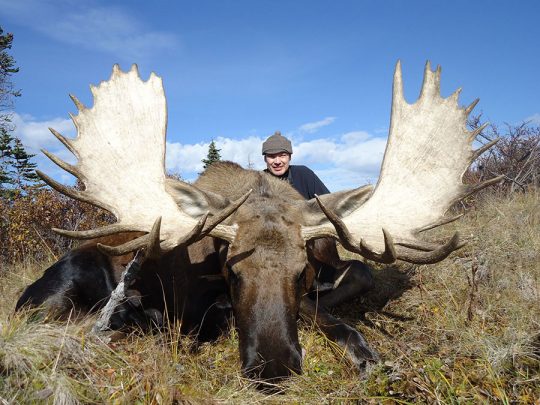 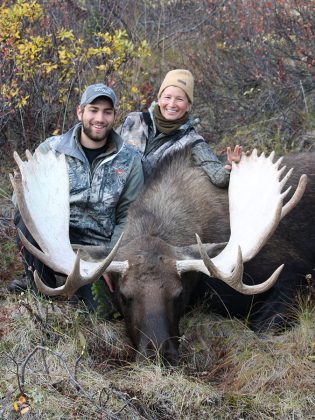 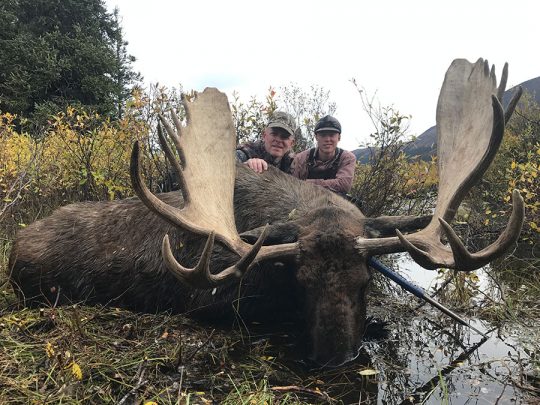 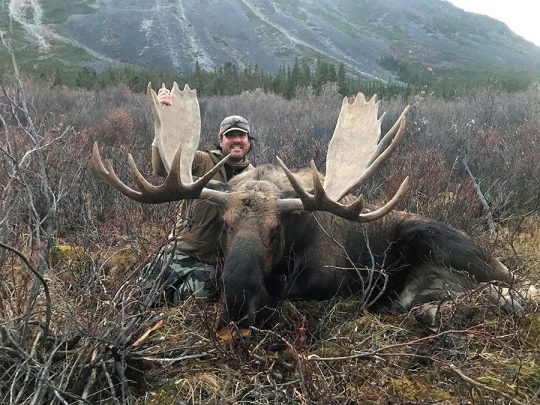 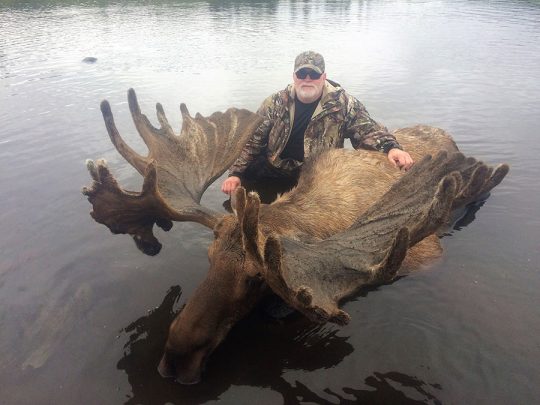 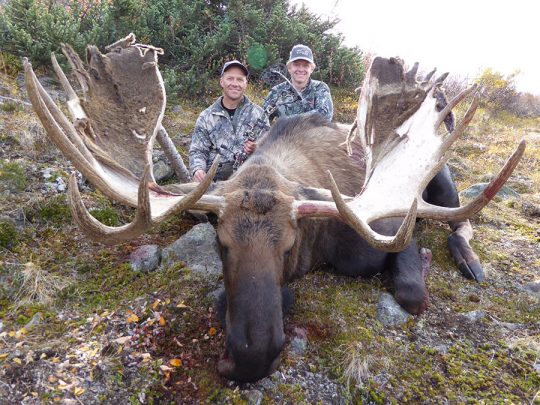 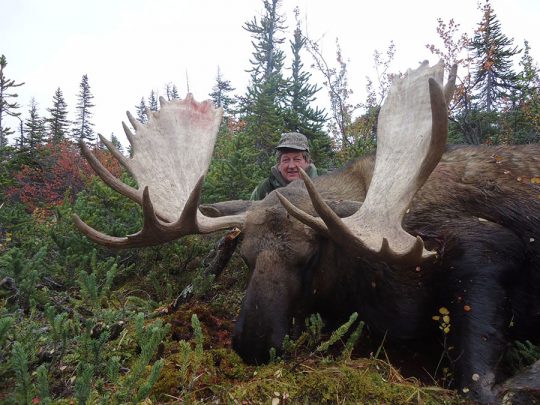 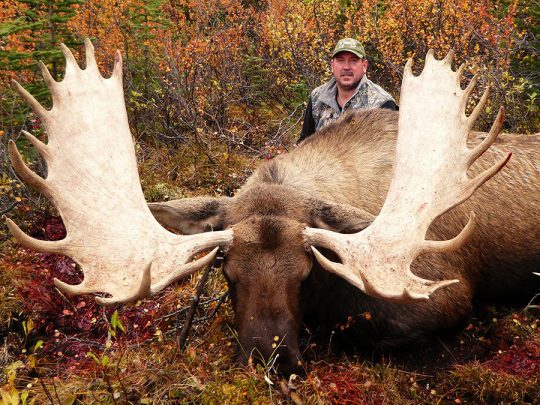 Our hunting area is on British Columbia’s remote northern border. Hundreds of miles from anywhere, we have large numbers of trophy quality animals, like nowhere else in North America.